What a fantastic experience for 06 Red players Charlie Norkett & Cooper Lehman!! The pair were in Palm Desert, California this past weekend to participate as part of the FC Bayern Chicago 06 Boys team, competing in the FC Bayern Junior Showcase!!

The boys linked up with the team and head coach,  Chicago City Executive Director, Nick Mulvaney, for a practice on the Friday prior to the event, before competing in four very competitive games. Their 06 team went 4 & 0 and were crowned Champions of their age bracket!!!

The game results were as follows:

Congratulations to Charlie, Cooper and the rest of the FC Bayern Chicago team!! 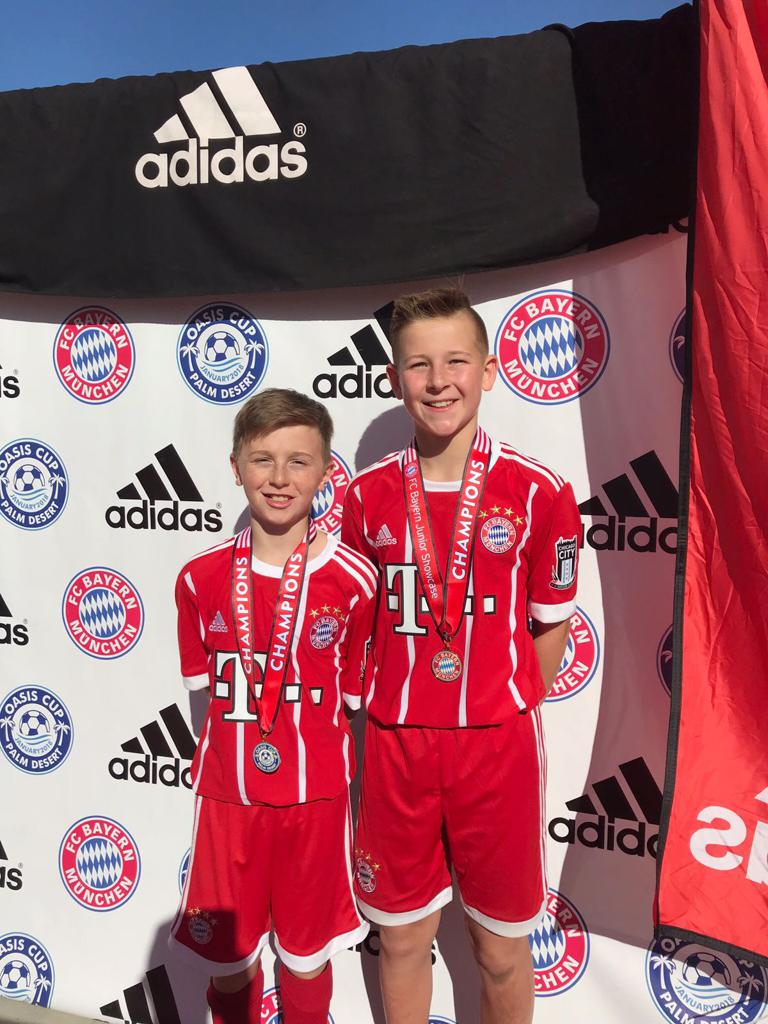