What a season it has been for the girls. Since the summer, the team have qualified for Super Y Nationals, won their MRL First Division  with a perfect 6 & 0 record, and have now topped it off by winning the 03 Illinois State Cup!!!

The team will now represent Illinois at the US Region II Championships in June 2018 at Grand Park, Indianapolis.

Their success is truly a TEAM effort, built upon a competitive balance in all positions. The team have only conceded 4 goals throughout both MRL & State Cup this fall. The unsung heroes in those key positions have produced high level performances consistently in all competitions and have earned huge recognition for their efforts.

The girls become the first Evolution team to win a State Cup championship, in our short four year history. It is a truly fantastic achievement to win the prestigious competition, with such high quality teams throughout.

Huge congratulations to the entire team. Your hard work and commitment has paid off!! 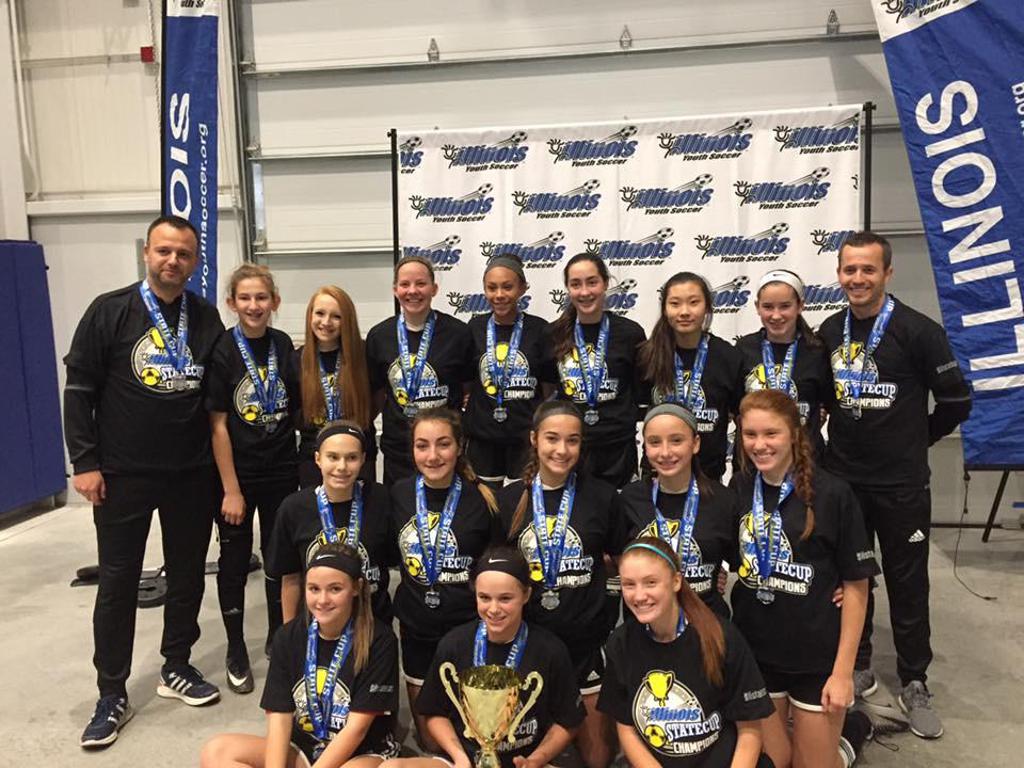